Getting there, Parking and Shuttle Bus

There is plenty of parking at The J, 60 Noosa Drive, Noosa Junction, a Shuttle Bus will run from there to the Car Show throughout the day.

Note: Shuttle Bus Travel is by Gold Coin donation which will be donated to charity.

This is a great low cost option, as there is a Bus interchange directly in front of the Lions Park with very frequent services from and to all parts of Noosa.

Park along Gympie Terrace and catch the ferry from one of the ferry stops, you will be dropped off near the Sofital Hotel across the road from the Car Show.

Park at Chaplain Park near the Yacht club….. Taxi will drop you off at Pier one, Sofitel Jetty (was called Sheraton Jetty) with access to Lions Park.
Food and Coffee Vendors:

A selection of food, coffee and ice cream vendors will be on site. 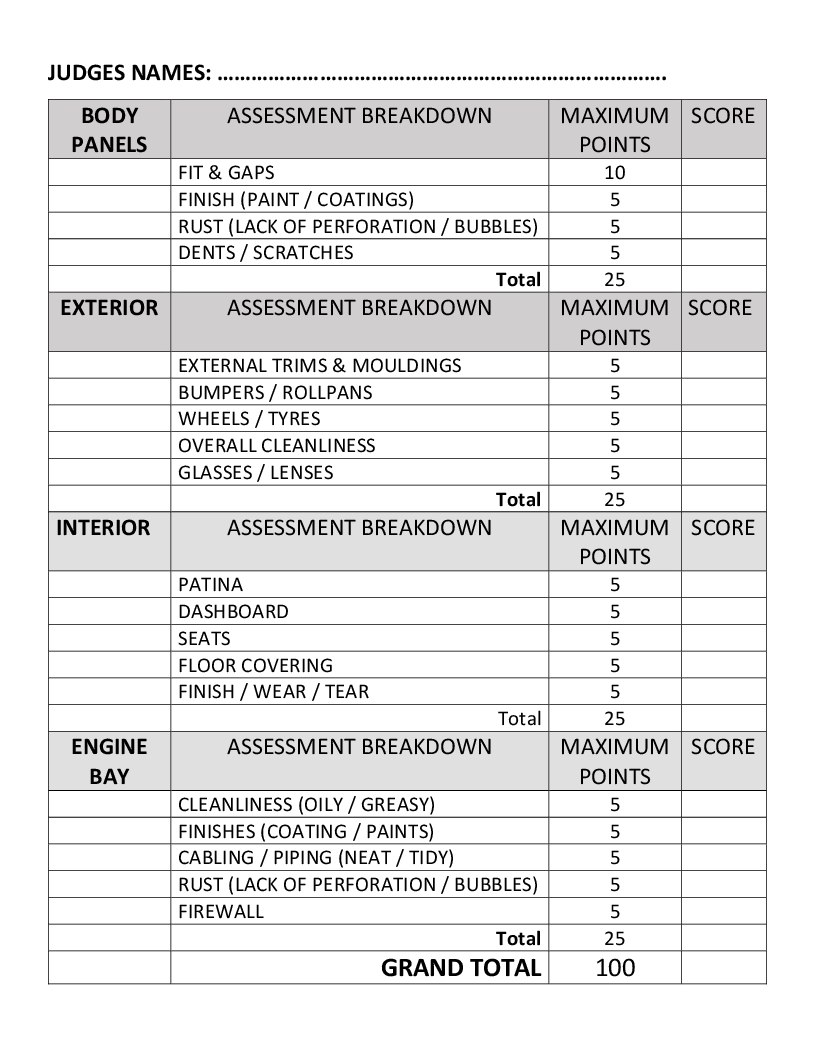 Car of the Show Winners 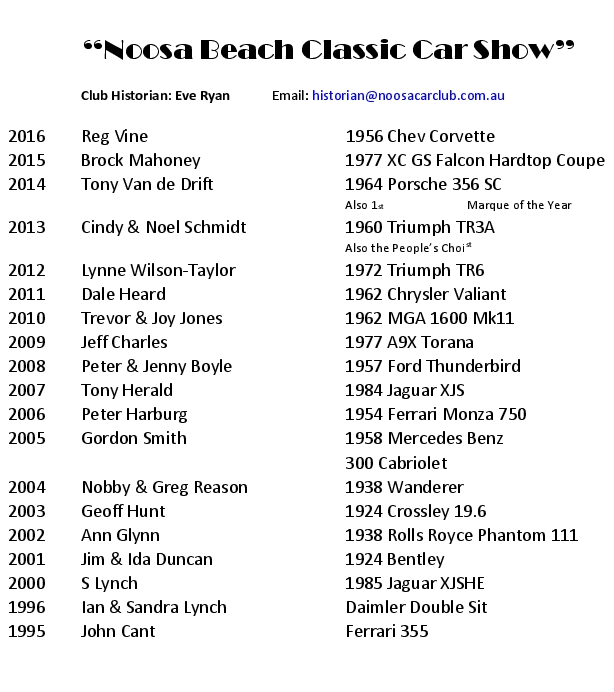 About The Noosa Car Show

Noosa Beach Classic Car Club began in 1988, it held it's first event when a group of enthusiasts assembled 17 cars for the first "Classic Car Show" in response to the Hastings Street traders request to join in their "Street Party" to promote the Hastings St area.

Growth has continued, we expect up to 300 cars to assemble at this year's Classic Car Show in October, a far cry from the 17 original exhibitors.

The 2020 Noosa Car Show will be held at the Lions Park, Noosa Heads QLD.

Entry details will be released closer to the event

Further information will be released closer to the event